September 10, 2019
With the days shortening and signs of Autumn feasting on Summer's entrails, we made good use of the last week of the holidays with visits to old and new. The latter, Orford Ness, a place quite unlike any other. Where else can you see Peregrines bombing over a landscape pock-marked with forgotten piles of rust, preening Avocets and former weapon testing facilities? Had the Peregrines have been present here during the Cold War, I wonder would the scientists have considered their ability to seemingly defy physics in the sky, much as they wished their payloads to do. Much mystery and intrigue surrounds what went on here in the era of the Iron Curtain, it being said that the men in one building had no idea what was being developed in the next cabin 100 metres away. Such was the need for hush in trying times. Great minds, silent heroes have left their mark here. 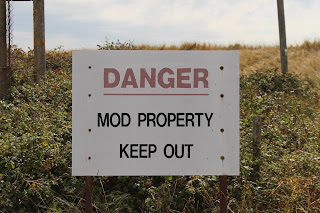 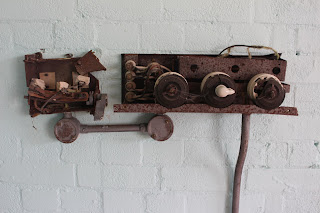 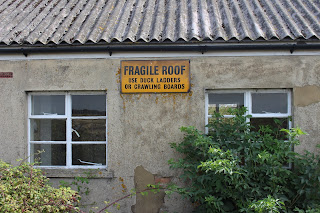 St. Benet's Abbey has embraced folk horror, the wicker monks now maintaining an eerie vigil around the ruins. The image below, bought to life by the artist John Sell-Cotman and others, is what many come to think of as the abbey. However, the brick mill built around the stone actually masks the former gate house, and here it was that a treasonous monk had his particulars removed before being hung on the gate as a warning to others with delusions of grandeur. Locals say that the wails of that monk can still be heard, typically a clear night with a misty moon of course. 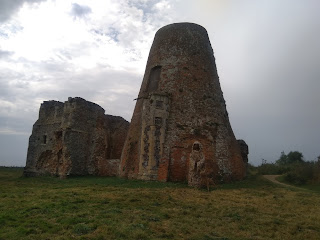 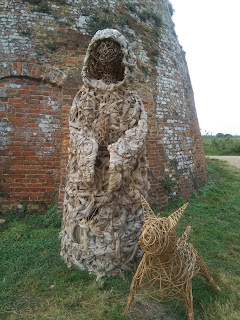 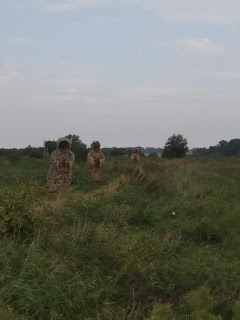 Things are changing at home. The Corvids are back in the Eucalyptus tree, arriving before sunrise as I let the chickens out. The Hens seem a little confused at the moment, stumbling down the ramp in the gloom with questioning clucks directed at me and my early morning start. A Chiffchaff in the garden gave a full blast of song over the weekend, perhaps to let us know he is either staying or going. Are the odds of survival better going one-on-one with a tough British Winter, or making a return flight to Africa? I know I would choose the might of Albion any day. To bookend the day, the local Tawny Owls have announced a return to business, and I await the return of the bold male to the telegraph pole on The Street. The Ivy has begun to hum.