November 26, 2019
I just need a kick up the arse sometimes, and what with November in the broads coming across a little turgid (water rather than Duck), it was the report of a local Long-eared Owl that got said backside out amongst the fields and the furrows once more. I relish the WeBs counts, but the lack of any notable Wildfowl has found me heading away from the river, seeking out the edgelands of the local parish.

The Owl itself had been seen at roost in a thick hedge of Hawthorn, but the scrub and briar held nothing as I pushed on to the Hellington and Rockland community reserve. I recall passing through here in the summer, hot and tired, too thirsty and out of water to give the place the time it deserved. Now, I looked on anew. OS map in hand, I traced with my finger the broken lines that encircled the small reserve before splitting up and heading back home to Claxton, or onward to Rockland village. For me, there is nothing quite like the slide of mud and crunch of rotting reed under my feet when exploring countryside for the first time. I stopped and scanned the scrub, the ivy and darker places. Still no Owls, but the habitat reeked of a roost site. A Chinese Water Deer broke cover, the first sign of life as dusk approached with the Corvids in tow. I pottered on to a small bridge, overlooking Hellington Beck. I was met with raw speed in a panic, as a Kingfisher left its fishing perch in a hurry to settle away from prying eyes. A likely Water Pipit then flew overhead, calling just the once.

With the light fading and thoughts turning to a pint and a book in The New Inn, a final look back over my shoulder and the reserve divulged a final treat. A hunting Barn Owl, perusing the reedbed in hope of a meal. I watched until the bird retreated into the milky gloom. Having scratched the surface, I was keen to return and will do as soon as able.

The light has almost entirely departed my morning routine, and the Corvids arrive over the house as I depart. 20 feet or so under their flightpath are a small group of 2-4 Mistle Thrush, their harsh calls cutting through the raucous rabble above. 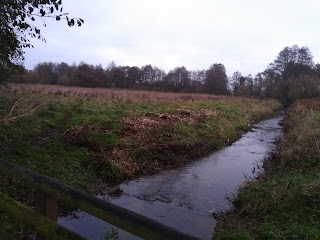 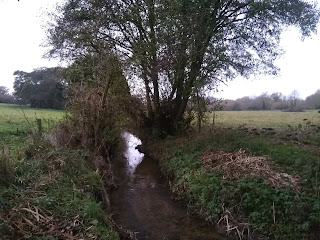 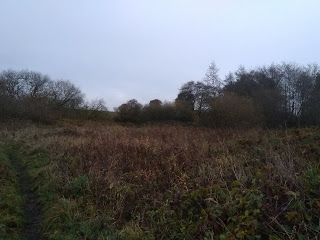