May 29, 2019
Been meaning to get to Foulden Common for what feels like years, and it probably is that in terms of timescale! I recall being poorly last Spring, and my days put aside for a Butterfly hunt there were postponed. Before long, the mid-summer doldrums had set in and all thought of Norfolk's scarce Skipper species were put on hold until 2019.

And so despite the overcast conditions and lack of some Bird Therapy, I headed out this morning. Arriving from the direction of Mundford, travelling through Foulden village and approaching an S bend, I noticed a small bowl-shaped pull in. Doubling back I parked up, walked through two gates and began searching the common land. The first 45 minutes had me cursing the lack of sun and planning my next free morning before returning to work. A pair of Common Blue and Small Copper gave some hope, and a hoarse Cuckoo and 2+ Garden Warbler were clearly harbingers of warmer fronts moving in.

As the sun threatened to bust through the clouds, I picked up a Brown Argus feeding amongst the bright yellow Vetches and Buttercups. The sun now fully ablaze, but for how long here? I made for a likely patch of bare ground, observing many Burnet Companion and single Mother Shipton Moth. Finally, target species obtained- a Dingy Skipper alighting onto the wildflowers. Tiny, Moth-like and easily overlooked. With the sky still clear, I pushed onwards to a patch of Gorse with one thing in mind, Green Hairstreak. It was starting to look like my day. Having been on site for almost 2 hours, I began a long walk back to the car taking in as much bare ground, gullies, dips and bowls as I could. My luck was in, for a single male Grizzled Skipper cut off my route and landed allowing splendid views and time with this trickiest of species here in Norfolk. By the time I had returned to the car, the ground was damp with drizzle and it was back to the road home and a podcast.

The feeling in the garden is being dominated by one very broody hen, a cycle of which we are yet to break. Any tips appreciated. As I type, a Red Kite drives against the wind surrounded by a storm of Swifts. 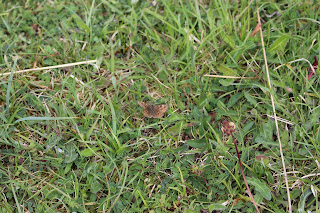 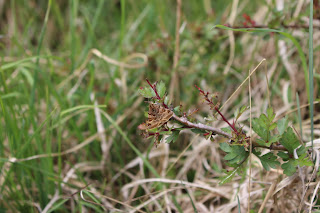 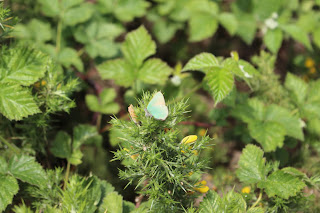 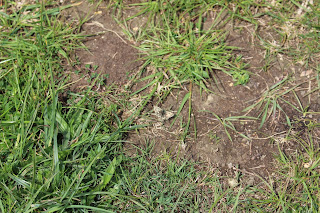 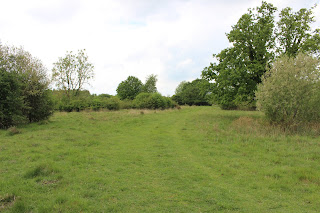 Foulden Common- view from the afternoon